Chimarrao (Chimarrão) and The mate: Main Differences Between Them

Ilex Paraguariensis, also known as Yerba Mate, is a species of the Holly family, common to the Central-Southern regions of South America. The Yerba Mate industry, where Chimarrao is produced, is most regularly seen in the Southern Brazilian states of Mato Grosso do Sul, Paraná, Santa Catarina, and also in Rio Grande do Sul. Additionally, this plant is easily found in the Northern Argentinian provinces of Misiones and Corrientes, and throughout most of the Eastern Paraguayan territory. When first planted, Yerba Mate begins very much like a small and flowerless shrub. It requires roughly three years to mature and, if left to grow naturally and unattended, it turns into a tree – reaching heights of up to 15 meters.

Although the plant itself does not change much from region to region, both the local traditions and the drinking practices most certainly do. Argentina, Paraguay, and Uruguay share somewhat similar customs when it comes to the Yerba Mate consumption – prepared with close-to-boiling water, this drink is known as “mate.” Brazil, on the other hand, strays away considerably with what they call chimarrao or erva mate. While both are prepared with hot water, mate and chimarrao have entirely different settings – and it all begins in the dehydration stage.

History and Evolution of the Yerba Mate

To better understand where exactly these final products start shifting in separate ways, it’s important to talk a bit about history. During precolonial times in South America, the vast majority of the continent was inhabited by the Guarani, the Tupi, and other native societies – way before countries and borders. By the time the first Spanish fleet of “Conquistadores” came ashore, these indigenous tribes were already avid Yerba Mate consumers, just not in the way we think – they used this plant mostly for medicinal purposes, and not recreational.

However, this all changed when the Spaniards came to know and love Yerba Mate. So much, that they began thinking ways of domesticating this plant for a more efficient consumption. During this process, the extensive cultivation of Yerba Mate spread from a few small settlements close to the Paraguayan capital of Asunción, all the way down the Río de la Plata banks, currently Argentinian territory, and across the East, throughout the Southern Brazilian states. The late 16th and early 17th century witnessed as the Jesuits began a massive evangelization campaign to turn all natives to Catholicism. During this process, the Jesuits successfully domesticated the Yerba Mate plant, which meant that the natives did not have to travel hundreds of kilometers anymore to gather these leaves – and thus, the first Yerba Mate exports took place. 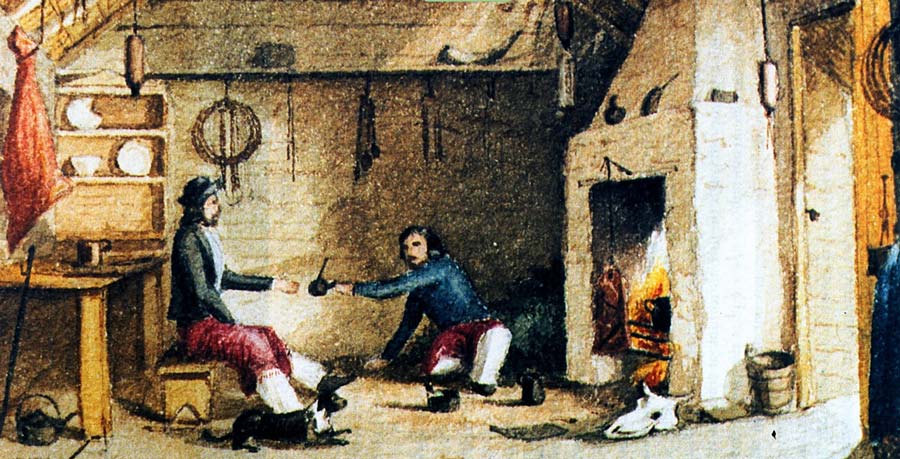 Drinking Chimarrao has a long history.

Much like most agricultural commodities, the history of Yerba Mate is full of ups and downs. Although very promising-looking, the Jesuit expansion and domestication was very short-lived. In the late 17th century, Jesuits were suppressed, disbanded, and expelled from Paraguayan lands – which returned the Yerba Mate industry to a more natural stand, similar to that of the precolonial indigenous tribes. Closing a full circle, you might wonder at which point in history the Yerba Mate development began to change and evolve, and we have found that one specific episode where it all took place – the Paraguayan War, which was held from 1864 to 1870.

For those unfamiliar with this historic event, and without diving much into details, the Paraguayan War began as Brazil, Argentina, and Uruguay formed an alliance to invade Paraguay. After all was said and done, Paraguay was entirely devastated by these war efforts, which took a tremendous toll on its economic and social development – one with remnants up to this day. Roughly 150.000 square kilometers of Paraguayan land were taken away, halting to a complete stop the production of Yerba Mate in Paraguay, while setting both Brazil and Argentina to take full control of the market. As time passed, the different views, experiments, and customer responses allowed for a diversified Yerba Mate production throughout the entire continent – grouped mostly under the “mate” and chimarrao categories. Get to know what is yerba mate and start drink it today.

Similarities Between the Mate and the Chimarrao

Yes, both are very different beverages from entirely different cultures, but there are still a few common points between them – and to really grasp what makes them unique, we must first learn what makes them alike. The Yerba Mate cultivation process is the same for both, regardless of the region, but there are some environmental markers which play significant roles in these final products. Sun exposure, relative air humidity, soil moisture level, average rainfall during the growth season, and so on. Yerba Mate is planted as a tiny shrub, usually during the Southern Hemisphere springtime (Mid September) and unlike other agricultural goods, it requires much care and attention for healthy growth – especially during the first three years, which is the time it needs for maturing.

After those initial three years, the plant is ready for its first trim. Harvest season varies a bit from region to region, but it’s usually set between April and September – during these months the leaves are greener and richer. Trimming is done manually to this day and is considered as a primary labor source (although a very harsh one) across these rural areas which are, incidentally, the poorest regions as well. These workers are known as “tareferos” and they work day and night, nonstop, except for a small three-day window, every month – the New Moon phase. According to the Guarani mythology, the Moon Goddess “Arasy,” once presented an old man with the very first Yerba Mate plant, after he saved a couple of indigenous youngsters from a much certain death. The Guarani tribes believe that every month, during the New Moon, she descends back to Earth to walk amongst her children – which is why these days are considered as sacred. Widespread across thousands of kilometers, both the “mate” and the chimarrao share a common past – with traditions which survived the passing of hundreds of years. 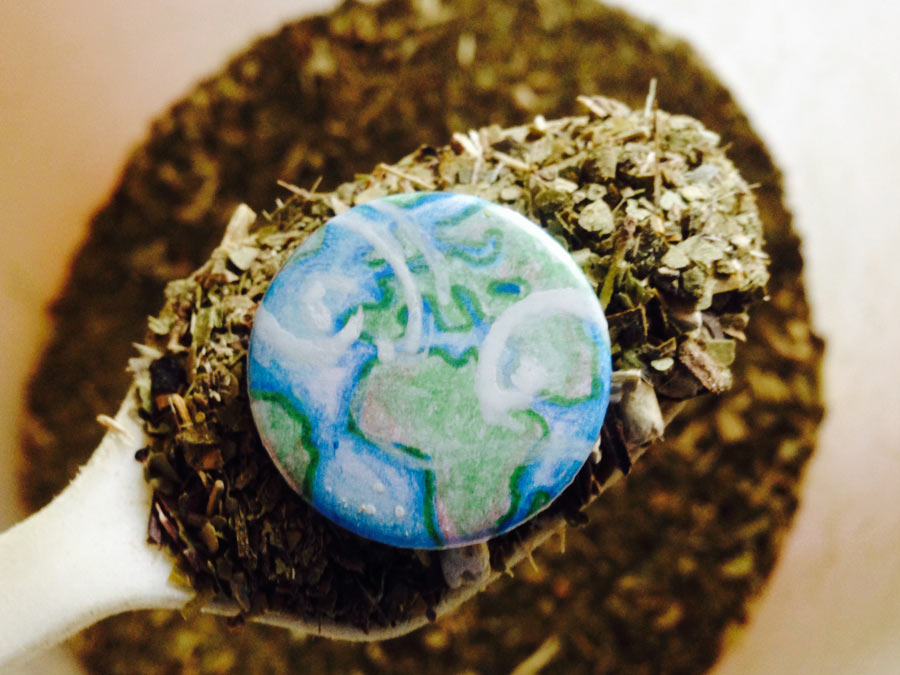 The Argentinian Mate – Same Kind as the Paraguayan and Uruguayan Mate

After the devastating effects of the Paraguayan War, and since Brazil immediately switched its attention towards coffee during its expansionist era in the early 20th century, Argentina became free to conquer the industry. Mainly thanks to the recently acquired Paraguayan lands across the banks of the Paraná River (currently the provinces of Corrientes and Misiones), a literal goldmine for the growth of Yerba Mate. This unique environmental setting allows for a much greener and brighter Yerba Mate leaf, although one with a higher humidity level, as well.

Local producers had to find a way to deal with this excess moisture, so they began experimenting with different kinds of dehydration processes. Eventually, they ditched the “barbakuá,” some sort of horizontal furnace fueled by firewood in which the heat from the combustion would travel alongside a tunnel all the way back to a closed chamber, where the Yerba Mate leaves would be placed on different platforms and left to dry over the course of 24-72 hours. This process was costly, time-demanding, unstable, and dangerous – and it sometimes led to bursts and explosions. Today, Yerba Mate factories employ mechanical energy to spin large metal cylinders on their own axes. Inside these cylindric chambers which are heated by the combustion of firewood in adjacent vertical furnaces, the Yerba Mate leaves are left to dry on a much safer, and much faster, setting. The final product is crisp in texture, light-green in color, bold in the aroma, coarse in density, and with roughly a 70-30 ratio between leaves and branches.

The single largest difference between the “mate” and the chimarrao lies in the final grinding of the dehydrated leaves – and this current setup is arguably one molded by the “Gaúchos” – the local inhabitants of the Brazilian state of Rio Grande do Sul. Since the winters across the Southern Brazilian states can get extremely harsh, the locals had to find a way to fight the cold for longer while staying outdoors. A chimarrão gourd, known as “cuia,” is perfect for this goal.

Larger in size and bowl-like at the bottom, it allows for a greater amount of ground Yerba Mate to be placed at once. Since the traditional Argentinian grinding allows for a stronger flavor, but with a shorter timespan, the Gaúchos came up with another idea. A much finer density and a higher proportion of leaves-to-branches provide a more steady and durable flavor, although not as bold. The final product is sandy in texture, yellowish in color, soft in the aroma, fine in density, and with approximately an 85-15 leaf-branch ratio.

This article is written by Andres Torres. His family owns a mate plantation in Paraguay. He has many empirical knowledge about it acquired throughout years in the Yerba Mate industry.

Drinking Yerba mate is beneficial in many different ways. Get to know different types of Yerba mate on market. We are focused on organic, fair-trade and air-dried production of this magnificent plant.